skip to main | skip to sidebar

Recently I visited Wohnwelt Pallen in Aachen, Germany. It's a furniture store that has lots of other stuff too and also contains a restaurant. On the menu outside of the restaurant I saw a course with one of the best combination of German words I have ever seen: 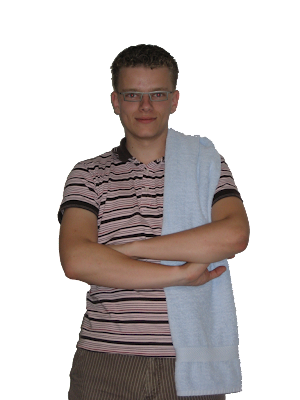 "...any man who can hitch the length and breadth of the galaxy, rough it, slum it, struggle against terrible odds, win through, and still knows where his towel is, is clearly a man to be reckoned with." - Douglas Adams, The Hitchhiker's Guide to the Galaxy

Everybody "Googles" his or her name sometime, today I did this too.
Now I think Google is trying to tell me something, searching for Loe Spee returns the following suggestion "Did you mean: Low Speed".

Today my Ubuntu 7.04 Feisty Fawn CDs arrived.
They are nice they are lovely they are hot. 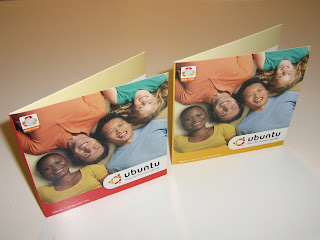 But not as hot as the biomass powerplant some 400 meters from our house. 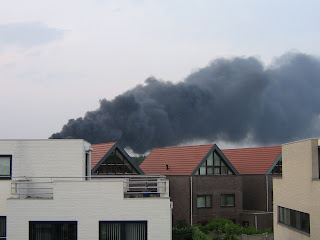 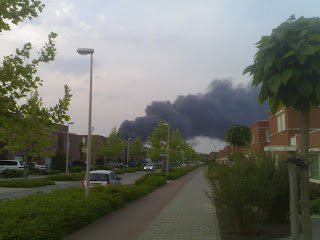 The new Ubuntu has been released, it's numbered 7.04 and it's name is (as many already know) Feisty Fawn.
Go get it here (www.ubuntu.com) or here (releases.ubuntu.com).
Posted by lgespee at 19:28 No comments:

As this Reuters.com article says, the royalty dispute between the Beatles' record company called "Apple Corps" and EMI has been settled. This probably means the Beatles music will be available in internet music stores soon.
Posted by lgespee at 20:08 1 comment:

Today I copied a lot of files from a Samba share, the problem with this is that

won't work since all directories will also be non-executable and therefor not accessible.
The command I used is:

Thanks to Pascal de Bruijn, Stephan Kochen and Martijn van de Streek.
Posted by lgespee at 10:39 No comments: 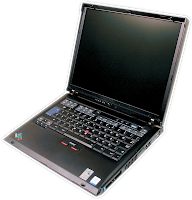 About a year ago I bought a IBM ThinkPad R50e, which is actually one of the most basic IBM laptops you will find. It came with 256 MB RAM (which I upgraded to 512 MB), it has no fancy things like TV-Out and did not come with a integrated WiFi card, and does not have an mini-PCI slot.
But well it came with all the things I really needed, and I bought a nice WiFi PC-Card (about which I will blog soon), and everything works like a charm.
The "luxury" of this laptop is the CPU, it contains an "Intel Pentium M 1.60 GHz processor", which is pretty nice for such a modest laptop. It's a stepping CPU which means in normal mode it will run at 600 MHz and on demand will step up a maximum of 5 steps, 200 MHz each.
Under Microsoft Windows I could use a tool that came from Intel to set the CPU stepping manually, for example if my battery was very low I could force it to run at 600 MHz, so I would get the most time out of it.
In Ubuntu however I could use the CPU frequency tool to read the current frequency but I couldn't adjust it, which can come in handy sometimes. Then Dennis Laumen (my hero in this case) said he read something about why this is not enabled by default. The CPU frequency is a system setting and should not be configurable by any user, only users with administrative permissions, and by default a gnome-panel applet doesn't have these rights. This can however be changed really easy.
If I (left)click the CPU frequency monitor gnome panel applet now it looks like.

After this it's time to Rock'n'Roll, thanks to Dennis Laumen for pointing this out to me, and Carlos Garcia Campos for creating this wonderful applet.